Non-governmental organisations (NGOs) have a fundamental role to play in influencing and facilitating the development of health promotion strategies and projects worldwide. Wolf Kirsten has been involved with NGOs in the health promotion arena for over 12 years.

Wolf has been engaged to develop Global Guidance for Healthy Workplaces which is part of the WHO healthy workplace initiative targeted to employers and employees worldwide. Click here for more information.

Wolf Kirsten is a founding member of the International Institute for Health Promotion (IIHP) at American University in Washington, DC and is currently coordinating IIHP activities in collaboration with American University. From 1994 to 2001 Wolf Kirsten managed the IIHP. During his eight-year tenure, Mr. Kirsten built up a network of health promotion experts hailing from Latin America, Africa, Europe, Asia, North America and the Middle East. 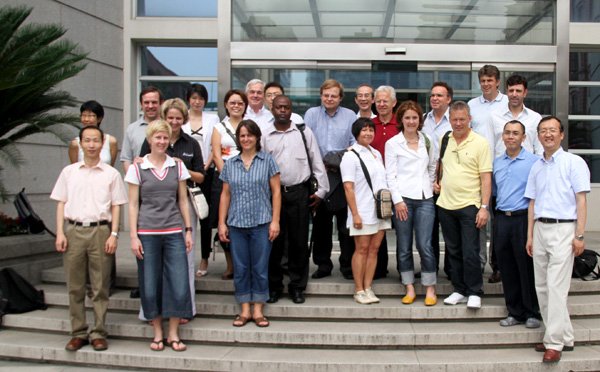 Bangkok Charter for
Health Promotion in a Globalized World

Nearly twenty years after the Ottawa Charter was drafted, a new and updated health promotion charter has been released in Bangkok at the 6th Global Conference on Health Promotion in 2005. Wolf Kirsten was one of the participating delegates in Bangkok.

Mr. Kirsten has been consulting for the International Union for Health Promotion and Education (www.iuhpe.org) based in Paris, France. The IUHPE is half a century old and is the only global membership organisation entirely devoted to advancing public health through health promotion and health education. Through this partnership, Mr. Kirsten has had the privilege of working on the following projects that are part of the cooperative agreement between the US Centers for Disease Control (CDC) and the IUHPE: